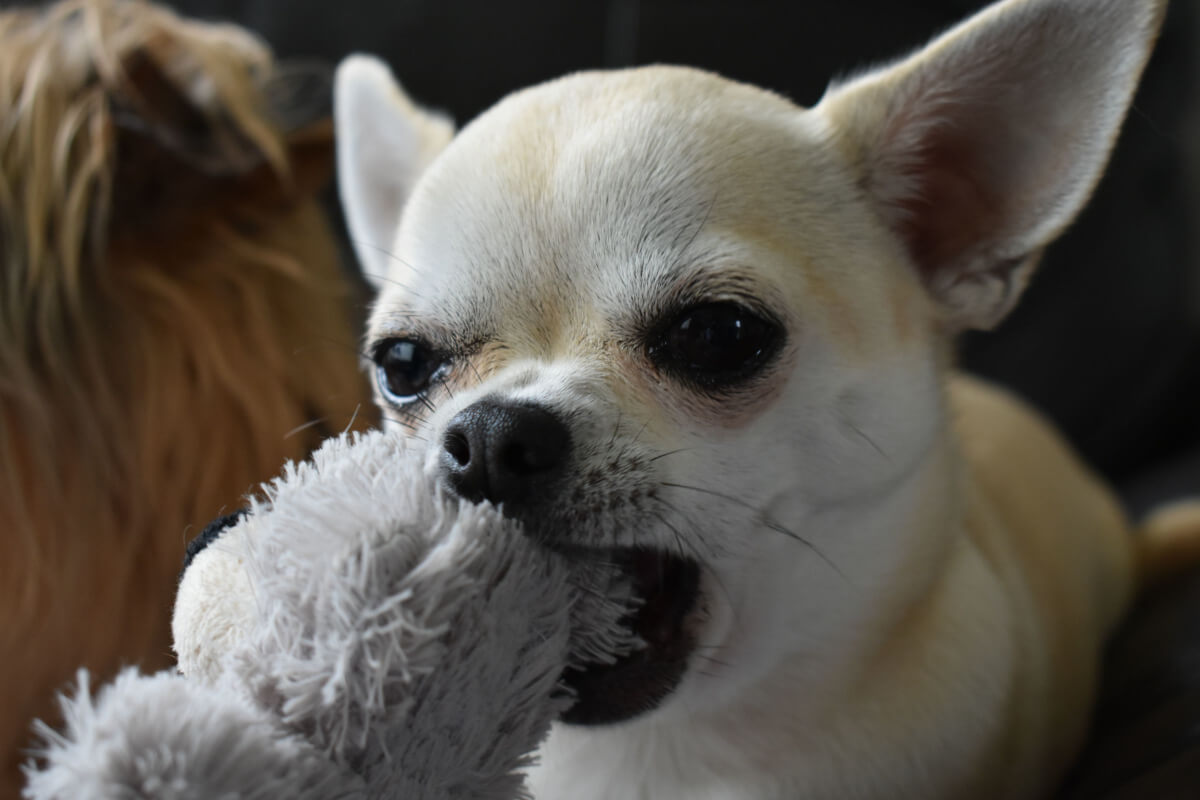 There are a variety of different puppy behavioral issues, but one of the most annoying, and potentially dangerous, types is aggression dominance. It is most common in non-domestic dogs, especially those with a tendency toward strong-willed (and powerful) breeds like mastiffs or rottweilers but it can also occur in young puppy such as Chihuahuas.

Any form of puppy’s aggression is a serious issue, and you must take assertive steps to curb it before it get worse. Though dominance aggression is a nuisance for any dog owners, it doesn’t happen overnight. So it can’t be corrected in just one training as well.

Some other common factors that lead to puppy aggressiveness behavior include fear, surprise, anxiety, insecurity and lack of obedience training. Also, a lack of socialization at an early age could bring out the “Above All” behaviors.

By nature, the alpha dog in a dog pack has to be the most aggressive one. It’s all part of his nature. This makes him head of the pack. All the other dogs have to be submissive to him. So, if your puppy is being aggressive toward you, challenging him for dominance is a natural thing and you have to be his “alpha dog” to make him listen to you.

Additionally, you need to teach your puppy that persistent biting and scratching at your hands and feet do not garner praise. Simply stop playing with him when he displays this behavior and turn away.

When it is over, allow your puppy to learn his lesson with a firm “NO” and move away from him. Typically, he will retreat to a corner or a more secluded area. If he remains there for a few seconds, give him the treat.

If he doesn’t, return to him, but this time spend a minute or two making “kissy” noises while petting him. He will typically look to your for more affection. Soon, in his little mind, he will learn that if he wants some affection, he has to stop the biting behavior. Using this approach, your puppy will learn not to bite gradually.

Another way to get this condition (puppy biting) fixed is to crate train him for a few hours every day. The reason for this is that if you are spending time with him, and he is out in the open, it is inevitable that he is going to bite someone for example, the postman, etc. This is avoidable by crate training him for a few hours every day, which in turn avoids the problem of biting postmen, etc.

This may seem harsh, but biting out of fear is not acceptable. If you see that your puppy is fearful in this situation, you should not hesitate to put a muzzle on him, or restrain him and keep him with you.

When you cannot keep an eye on your puppy, put him in his cage.This is truly necessary when he begins barking non-stop. Leave him in there for a few moments. Do not let him out when he is behaving aggressively. Only when he had calm down, let him out of the crate and give him a treat. This will create a positive association that if he stops barking, he will get a reward.

In a short time, you should not see any extra barking. Instead, he should look forward to seeing you, and not be afraid of you. He already has something positive to look forward to.

I do not advocate any physical punishment on your dog. Instead, when he has an accident, be sure to remove him from the spot and bring him to the appropriate location immediately. Adopt reward-based training. Any time your puppy follows a command, reward him with food or treat.

Be consistent in your reward-based training. Correct your dog’s behaviors as he goes. Never wait until he is on the verge of misbehavior before you correct him.

In order to correctly diagnose and treat aggression from a dog’s perspective, you will need to essentially understand when and why a dog displays aggressive behavior and then figure out a way to deal with him appropriately. If you see anything that is out of the norm, then you might want to take that into account and tailor your training towards addressing that behaviors.

For example, fear is often the prime trigger for puppy’s aggressive behavior. When a puppy is in a very uncomfortable or worrying situation, he will become aggressive in an attempt to communicate his discomfort.

Sometimes, dogs become aggressive because their owner is overly dominating. This is done out of fear. If your puppy is being abused or gets scared, he will lash out in order to protect himself. This is common in many stressful situations.

By managing and controlling your puppy’s behavior, he will eventually learn what behaviors achieve the greatest benefits for him. Working with your puppy as young as possible can help you to avoid behavior problems in the future and set you up for a successful life with your best friend.

Remember that you can avoid aggression through puppy socialization and early training. You will be rewarded in the long run.