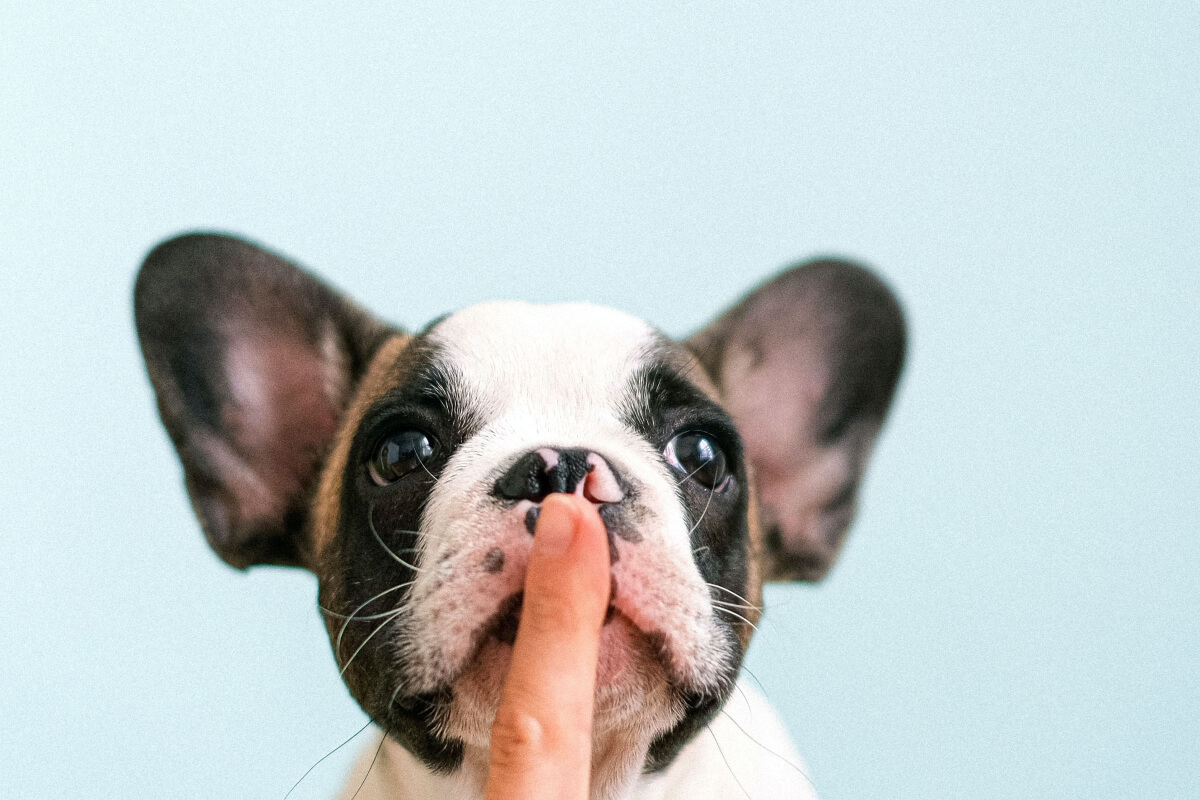 Licking is a normal puppy behavior. Puppies always lick because it is a way to communicate, either with other dogs, a person, or with an object. Dogs will lick themselves and their owners, and they will also lick objects like shoes. You might see your puppy licking people’s feet during your walks in the park, and he might even lick his own feet. A dog might even lick the tip of his tail as a way to show nervousness or excitement. But if you find your puppy incessantly licking everything that he has ever touched, then it’s probably an issue that you should be concerned.

This is especially so if your puppy who is normally reasonably well-behaved, suddenly start spending far more time licking himself than normal. If this happens suddenly, consider it a behavioral issue rather than a simple accident.

There are mainly four types of licking behaviors.

Puppies are social creatures, and they thrive in crowd situations. They like to be around with people and other animals. Sometimes puppies that are left alone for long periods of time begin licking themselves in an attempt to entertain themselves.

Of course, a puppy that is licking himself could also have an illness. You will want to rule this out by visiting a vet to have a health examination carried out on your puppy.

Sometimes, a puppy will lick because he is in pain. For example, if your puppy has a painful irritation with a skin ailment, he may lick it or even chew on it to sooth the pain. Dog saliva has been shown to relieve the itchiness of skin ailments. In fact, many people believe that dog saliva on their skin is a way to treat skin ailments themselves.

If your puppy is just constantly licking a specific area of his body, then you may want to apply a topical antibacterial ointment. If the licking occurs in the absence of fleas, then adding an anti-itch spray may help. This is a temporary remedy to stop him from irritating the area.

Stress and anxiety could also lead to your puppy persistent self licking behavior. The best thing to do in this case is to eliminate anxiety completely and take him on a long walk. Play with your puppy and remove him from the situation that is making him nervous. Quite often, when a dog is anxious or nervous, they will self-mutilate. This may include licking themselves over and over again as well as scratching and pawing at their skin.

Learning what’s causing your puppy’s licking can be helpful in preventing it. For example, if your puppy spends much time outside, he may be exposed to certain plants, grasses, and insects. Those things can cause him to be itching and scratching. Cleaning him to get rid of these offending substances is the first step in stopping his constant licking.

Next is the possibility of allergies. If your puppy is allergic to something his body can’t process and doesn’t like, he’ll try to lick it off. Your dog’s skin, like yours, can be allergic to a number of things including pollen, dust as well as certain types of food. If that is the case, you can get rid of these “allergy-causing” products and allow him to heal.

If you have switch to a different dog food brand recently, that could be a potential cause for his allergic. Your puppy might be allergic to certain ingredients in the new food. Consider switching to a hypoallergenic or holistic dog food. These diets not only contain fewer ingredients, they also much healthier (as a result of lower calorie intake).

The best way to stop your puppy from licking is to incorporate steps that will teach him to stop on your command. A reward based training that teaches your puppy to learn exactly which behavior earned him a treat will work well.

Even though the topic of licking seems to be one that is quite obvious, many dog owners aren’t aware that they need to be constantly on the look out for ways that will help them understand why their puppies are behaving in a certain manner.

Don’t overlook the possibilities that your puppy is doing a lot of licking for one simple reason. He might be trying to treat himself of stress or a skin disorder. If your puppy is persistently licking itself, it could be a result of Atopic dermatitis. You might want to consider getting your puppy a sniff test. This will allow you to see if he is sensitive to a particular substance.

Once you understand the reason for your puppy’s licking, then you’ll be able to control or stop it, depending on the causes. Not all licking is bad; in fact, some type of licking is considered loving and affectionate. Your puppy may lick you as a sign of affection for you!

Hopefully these tips gave you some new ideas on how to stop your puppy from licking. Teaching your puppy the right behavior patterns early will make him more obedient and less hazardous to yourself, others, and your possessions.