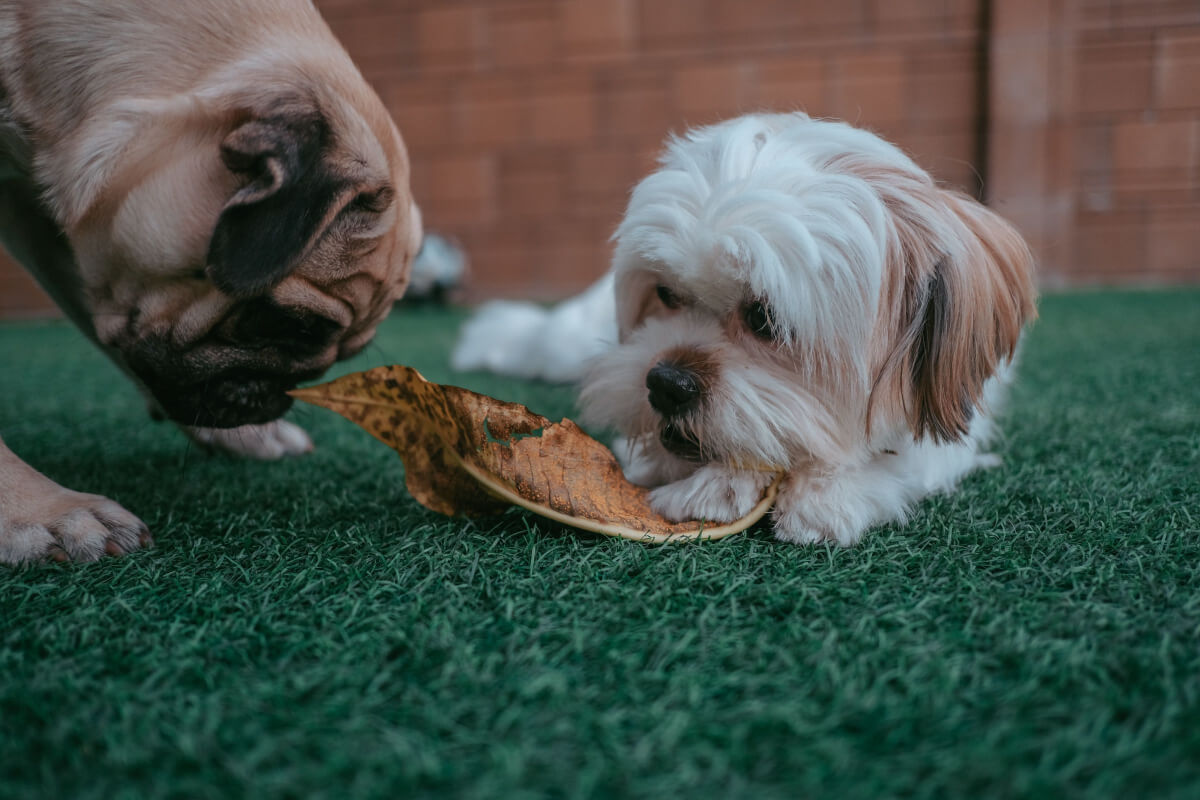 It is always a joy to have a new puppy for your kids but if you already have a resident old dog, how should you introduce your new puppy to him to avoid any potential “clashes”?

I will touch on what are the “things” that you would need to do to make the introduction an enjoyable and fun event for your puppy and dog.

Without further ado, let’s dive right in. The following topics will be covered:

What Are The Preparation Works Required?

Similar to the case where you are going for a job interview, you would need to do some preparation work such as finding out more about the company, your scope of duties and how you can contribute to the company success.

The same principle applies to your puppy first “meeting” with your resident dog. You would also need to do some preparation works before their very first interacting session.

Preparation tasks such as:

You see, your young puppy is still picking up and exploring his small world. He is certainly not able to interpret your dog’ body language and would need your guidance.  By taking care of the above works, you reduce the risk of your puppy incurring your dog’s aggressive behavior.

What Should You Do During The First Introduction?

For the first meet up, do it in a neutral location. Avoid doing it in your home as your resident dog may have the area as his territory and your new puppy might pose as a threat to him.

Some neutral locations that you can consider include your neighbour’s backyard or a dog park. You would need another helper to manage the new puppy and you would be taking care of your dog.

Have a dog leash on them (both the dog and the puppy), as you would want to get yourself prepared for an unexpected accident. Keep the leash loose so that they don’t really feel “tied” up. The idea is to ensure that you are able to “break” them up if they get aggressive.

Usually, they will start interacting by sniffing each other (from body to tail). Keep a close lookout on their reactions and if there is any sign of aggressiveness, pull them back immediately and leave in different directions.

Keep the introduction session to under 10 minutes. As soon as your dog and puppy had “done” their sniffing, take them away. During this session, your dog will look at you for clue as he looks upon you as his pack leader, so be calm and do not show any sign of anxiety as he will “read” your emotion and act accordingly.

It’s important that you know how to “read” your dog and puppy reaction through their body language when they first “meet” up. This will give you a clue on how comfortable they are with each other.

What Are The Body Languages To Look Out For?

What Should You Do After The First Introduction?

After the first introduction, allow a minimum of 3 weeks periods for your dog and puppy to build up their relationship. It’s important that you keep a close supervision of their behaviors during this period so as to gauge their “bonding” progress.

Continue with your resident dog daily routine activities and establish a new routine for your puppy. Apart from playtime where you can arrange them to socialize, you should keep their feeding and sleeping places different.

Your dog might not be ready to “accept” this new puppy as his pack members and could exhibit territorial or possessive behavior. Start with just games playing, monitor the progress and work up from there.

For the playtime, make sure that you get another set of dog toys for your puppy so that he would not “steal” the ones belonging to your dog.

Keep the playtime to about 10 minutes per session so that your dog and puppy would not be too tired as they need “energy” to get to know each other. You can have up to 3 sessions per day.

Always have someone to supervise if you are not available during their socialization. Your puppy is still very young and would not know how to interpret your dog’s body language and that could potentially lead to accidents.

For example, your puppy might want to play with the dog, but he is showing signs of discomfort. Unknowing this, if the puppy keeps pestering him, he might get aggressive. So someone has to be there to make sure that everything goes well for them.

What you should NOT be doing during these 3 weeks

What you should BE doing during these 3 weeks

How To Get Your Older Dog To Accept A Puppy?

Your dog will likely be jealous and get upset when he sees another dog in the house. He is worried that you would no longer showered him with love and attention (especially if he is the only dog in your home who gets all your affiliation and love) and may start to show his aggressiveness toward the new puppy.

Be sure to give him even more love and attention than usual so as to make him feel at ease (prevent any potential hurt feeling) and this would make him more acceptable to the new member.

Include more sniffing opportunities as that is what makes them get used to each other and feel comfortable. Keep a close watch on their body languages as they start socializing and any fearful or aggressive sign should be addressed immediately.

Take things slowly and stay in control. Your dog will work out on his social ranking and decide on how to interact with your new puppy in a positive way! Usually, you should see some encouraging improvement after 3 weeks of “bonding”.